In his first letter to the Corinthians, Paul reflects on the resurrection in the following way:

For if the dead rise not, then is not Christ raised: And if Christ be not raised, your faith is vain; ye are yet in your sins. Then they also which are fallen asleep in Christ are perished. If in this life only we have hope in Christ, we are of all men most miserable. But now is Christ risen from the dead, and become the firstfruits of them that slept.

As others have remarked before, this is an extraordinary and unexpected kind of argument: Paul argues his case upon the conception of its fiction: What would be true if the resurrection were a fable, if Christ were not raised from the dead? In that case, Paul takes no solace in whatever incidental benefits might still belong to believers—their relative peace of mind, renewed affections, or even the setting aside of vices; instead, he so much says that such a life is not worth living. Paul is decidedly not a utilitarian.1Utilitarianism is a philosophy that, though it has many varieties, teaches that men ought to pursue whatever course brings the greatest usefulness—whatever brings about the greatest benefit, and pleasure. In other words, the morality of a choice is determined upon its condition. Of course, that will mean different things to different people. And what a man chooses for his own benefit may come at the detriment of his neighbor. Jeremy Bentham is considered the founder of modern utilitarianism.

Arguments are frequently founded upon the implausibility or impossibility of their falsehood; but as we see here, Paul’s tack is different than this. He is so sure of the resurrection’s fact—so committed to all its attending consequences, that he makes the logic and obligations of this life to hinge upon the veracity of Jesus’ resurrection. This is an important distinction, for though resurrection certainly defines the character of the world to come, Paul’s larger point is that its fact or fiction orders life now. How so? Because, if true, the resurrection of Jesus Christ confirms that life now proceeds upon very different assumptions and expectations than are often admitted. At the present, sins and idolatries are often justified, and even prescribed for worldly promotion. One must do this or that to get ahead, it is sometimes said; but against this, the resurrection discloses that the present order is actually responsible to righteousness and life as it is displayed in the resurrected Son of God.

The resurrection of Jesus Christ, then, is the positive evidence of an entirely different order, often unwelcome, which frequently contests the assumptions and false affections of the present. If Christ Jesus is not raised, then life (it may be said) proceeds upon the ethics and principles of preceding ages, when there yet lacked the affirmation that righteousness is, in fact, enjoined to life. Superficially, that might regard the Sinai Covenant for Israel2This is, essentially, part of what Paul argues in his epistles to both the Galatians and Colossians. Note a place like Galatians 3:18, “For if the inheritance be of the law, it is no more of promise: but God gave it to Abraham by promise.” Colossians 2:20 makes a related point. The resurrection is so radical in its reordering of life away from that of Adam and his resources as to render former arrangements irrelevant in the present age. or a conception of wisdom for the Greeks; ṛta and karma, too, are accordingly now revealed as misconceptions. If Jesus Christ is not raised, even hedonism could find a seat at the table (1 Corinthians 15:32). However, Paul’s point is that the resurrection relegates all of these to the past—all because the resurrection confirms the truth of the gospel.

This demonstrates how bound up together life and death, ethics and resurrection is for Paul; and so, he makes his point in a very unusual way. He writes to believers, “And if Christ be not raised, your faith is vain; ye are yet in your sins.” We might say that Paul conceives of a theoretical fiction to highlight the warrant and triumph of faith in Jesus Christ. The resurrection becomes the single fact that falsifies all other contesting “truths.”

It is the resurrection, then, which is the sufficient revelation against all personal and petty religions. Paul says so much as this when addressing the Athenians, as read in Acts 17:29-31:

Forasmuch then as we are the offspring of God, we ought not to think that the Godhead is like unto gold, or silver, or stone, graven by art and man’s device. And the times of this ignorance God winked at; but now commandeth all men every where to repent: Because he hath appointed a day, in the which he will judge the world in righteousness by that man whom he hath ordained; whereof he hath given assurance unto all men, in that he hath raised him from the dead.

Here, Paul makes the resurrection the principle upon which idolatry is forever condemned. In no way does Paul vindicate past idolatries; but rather, the bodily resurrection of Jesus Christ is become the sufficient condemnation of all false images, as well as the ethics and morality employed to justify their construction and worship. The living Jesus is the image of God (2 Corinthians 4:4). 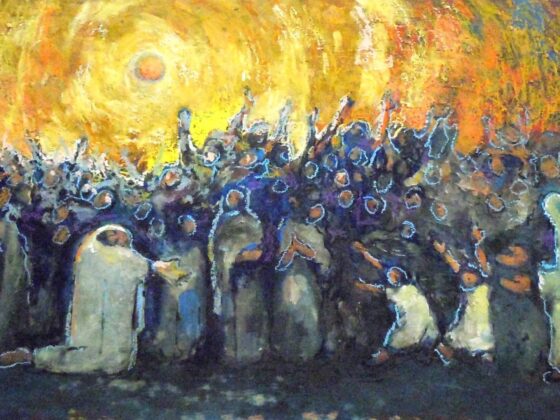 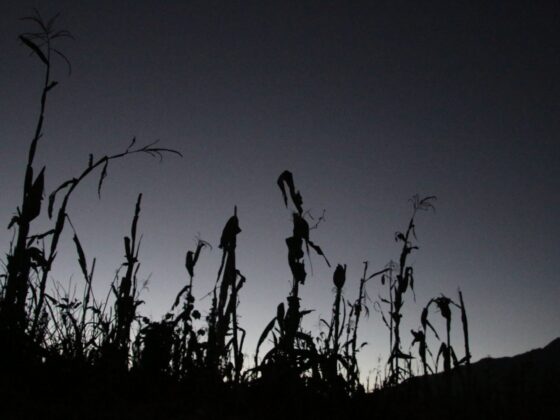