Luke’s two letters—the gospel that bears his name, as well as The Acts of the Apostles, repeatedly remind their reader of the connection between the Bible’s Old and New Testaments. A variety of Old Testament elements become part of Luke’s narratives. The Old Testament passages, then, help the reader to understand what is taking place in the New Testament: Newness is comprehended in its comparisons to the old, even as the Old Testament highlights various continuities that are later confirmed. Luke’s record of the present, we may then recognize, recalls and depends upon the Old Testament, even as he seeks to describe and situate the events of his own day.

But the same events that Luke records are sometimes predictive of the future. This is evident early in the book of Acts, apparent in the words of an angel, who speaks to the apostles as the Lord Jesus ascends to the Father in heaven: “Ye men of Galilee, why stand ye gazing up into heaven? this same Jesus, which is taken up from you into heaven, shall so come in like manner as ye have seen him go into heaven” (Acts 1:11). As this is described in Luke’s account, the Lord Jesus would hereby ascend to his Father, even as the apostles were simultaneously assured of their Lord’s eventual return. Let us add to these facts that believers in the present day still await his return, so that all of us have thus become situated together in a common age and its expectation. What does this mean? at least this: Despite the many unique events that belong to specific moments in a variety of places, believers everywhere now share in a common history that predicts Jesus’ future coming and the full manifestation of his everlasting kingdom. Acts, then, affirms a future by a history.

Quite obviously, events become the content of history, but it is just as evident that most of what happens is never recorded in our history books. This is sometimes a point of contention, as both historians and readers question why certain people and events never find mention. In turn, this has sometimes led to the welcomed writing of new histories, but, also, the unwelcomed suppression of others, and by this the denial of what was once commonly understood. We will not now address the several issues connected to this development; here, we need only positively confirm that every occurrence in time possesses real significance.

Nevertheless, not every incident possesses the same kind of relevance. Recollections of a child’s birthday or a summer vacation may unite a family in warm memories, but it is unlikely that the events that belong to one family will similarly affect others, not even the neighbors next door. Nor (under most circumstances) can the memories that belong to a single family plausibly unite a whole nation. In other words, all histories must become an expression of a select number of facts that highlight some events rather than others, and then find their application in what they accordingly demonstrate. The important and difficult task of the historian lies in the choice to include some and not other historical accounts in his narrative.

Admittedly, the sinful side of human nature sometimes shows itself in the historian’s task. The temptation to bend the presentation of history—to incorporate the extraneous or jettison the essential fact—is also a fact of history. This temptation surely finds its source in a variety of motivations, but the search for power is an obvious one. In such cases, the past is restated to govern the future. But what of less obvious motivations, even those which lie in sentimental inclinations? What if one were so bereft of a sense of belonging that he sought from the reconsideration of the past a sense of what he does not possess in the present? This may also become a search for a kind of power, but it is less sinister than the other and attached to man’s most basic desires for love. Such desire is so entrenched in man that, without its proper fulfillment and sensibility, men and women will not only refashion their present by an improper reconsideration of the past, but even welcome present manipulation for the prospect of belonging. As such, one sinister power takes advantage of another’s search for the same, who searches for power’s sentimental expression as belonging.

The past may, accordingly, become the place where meaning is sought, but sought vainly. Ironically, these attempts, themselves, become an acknowledgement of significance, even where none is yet felt—a vestige awareness that meaning matters. Insignificance only feels offense where some expectation of significance precedes it. A search for significance, in fact, proceeds upon the unrecognized admission that man stands on a larger ground than his own being, that he was made in the image of God and borrows a sense of dignity from him, and, indeed, already possesses it. Even so, where that intuition is not tacitly associated with revelation, it wanders around and turns in on itself. In this case, sentiment becomes merely sentimental. A tragedy of modern life is that people feel are so disaffected as to insert their private histories into the public record, seeking a variety of honor that trades praise for folly (John 5:44). Faith cannot find any confidence in mere searching.

Some consideration of all of this finds its relevance in Luke’s own introductory remarks to his gospel. In Luke 1:1-4 our author describes his intentions to “set forth in order a declaration of those things” believed by the first disciples. Luke’s opening lines of Acts (Acts 1:1-3) confirms these same intentions; and yet, Luke’s record must have differed from its predecessors enough to warrant their writing. As such, we understand that Luke is after accuracy, but we also understand that he is after something else, as well—a particular presentation of facts where meaning is divulged, something worthy of belief. It is not merely the accuracy of the events that concern Luke, but also their arrangement into a narrative that instructs its readers to particular truths. This arrangement of facts, then, is every bit as meaningful as the facts are true, and it is their association together in which meaning is confirmed and faith imparted. In Luke’s effort, then, history becomes the servant of revelation, and the Spirit thus endows his history with the character of gospel.

The meaning of scripture, in this way, is the gift of God to the questions that he, himself, excites in man. This is illustrated on Pentecost day, in the litany of strange phenomena that overtakes the crowd that is gathered in Jerusalem: a sound like that of wind, descended from above; an appearance such as like fire; and then, there is the eruption of voices. This third development is as unusual as the first two: some of the men assembled began to speak in the very same languages understood by the nations represented in the audience. But as unusual as these events would have been—and as they proceed one after another in strange succession—we notice that no one asks, “What has just happened?”

Indeed, the human senses are sufficient to observe the events of that day. Everything came to them in sensible fashion, similar to the elements and expressions of nature. Everyone easily notes the sound is like wind, just as they see something akin to fire settle upon those that are gathered. They also all recognize the variety of languages now spoken (Acts 2:8); but it is meaning of all of this that eludes them. A mere Naturalism would, in fact, not fully explain nature: The witnesses to the phenomena are too numerous, and their fact too familiar but (simultaneously) too unusual to be explained without an interpretive word from above. Accordingly, they say one to another, “What meaneth this?” (Acts 2:12), and it is only at this point that Peter addresses his audience. 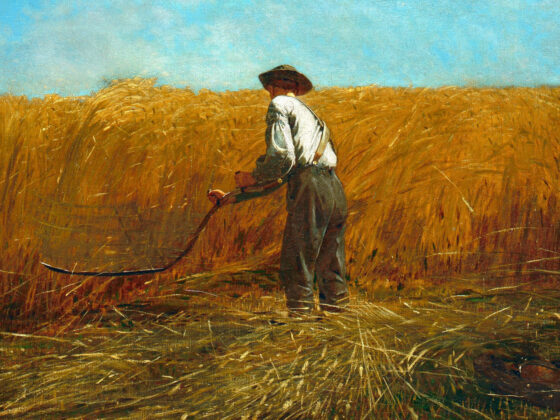