The two quotations copied below are notable, for they each acknowledge the frustration that now exists between time and place. It is not that such awareness is unusual—we all know it to be common; but the quotations also reflect the authors’ decided efforts against the same frustration.

Technical civilization is man’s conquest of space. It is a triumph frequently achieved by sacrificing an essential ingredient of existence, namely time. In technical civilizations, we expend time to gain space. To enhance our power in the world of space is our main objective. Yet to have more does not mean to be more. The power we attain in the world of space terminates abruptly at the borderline of time. But time is the heart of existence…There is a realm of time where the goal is not to have but to be, not to own but to give. Not to control but to share, not to subdue but to be in accord. Life goes wrong when the control of space, the acquisition of things of space, becomes our sole concern.1Abraham Joshua Heschel, Susannah Heschel, and Ilya Schor, The Sabbath : Its Meaning for Modern Man (New York, NY: Farrar, Straus and Giroux), Kindle Edition. Loc. 149-56.

Herschel was a Jewish rabbi. His small book, The Sabbath: Its Meaning for Modern Man highlights his answer to modern malaise. His prescription is not his own, but his understanding of the Jewish sabbath. Herschel insists that the recognition and acceptance of time’s limitations mitigates against man’s tyrannical expressions, as evidenced in places. His book enlarges on this idea.

Rituals in Time are what the habitation is in Space. For it is good that the flow of time should not appear to us to wear us away and disperse us like a handful of sand, but should complete and strengthen us. It is right, too, that we see Time as a building-up. So I move from one feast-day to another, from anniversary to anniversary, from harvest-time to harvest-time, just as I went as a child from the council chamber to the bedroom within the thick walls of my father’s mansion, where every footstep had purpose.2From Citadelle (1948), by Antoine de Saint-Exupéry, as quoted in John Eliot Gardiner, Bach: Music in the Castle of Heaven, First United States edition. ed. (New York: Alfred A. Knopf), Kindle Edition, Loc. 7350-63.

I came across the Antoine de Saint-Exupéry quote in a biography I read several years ago on the life of Johann Sebastian Bach. Saint-Exupéry was French, born into Roman Catholic family. Like Herschel, Saint-Exupéry recognizes the frustration that is inherent in human experience, though he is more optimistic in his writing. The passing of time endangers man’s resolve and, therefore, eventually his place; nevertheless, “it is good that the flow of time should not appear to us to wear us away and disperse us like a handful of sand.” He remains strident against time’s inevitable flow, moving from place to place in routine that becomes his ritualistic occupation against time’s assault in spaces.

It is interesting but not surprising that both Herschel and Saint-Exupéry consider the relation of time and place. Man becomes increasingly aware of himself on this earth with time’s passing—so aware that he tries to shake off its persistent lessons. Indeed, if man were different in time, possessing the consistency of character that he too-often presumes to have acquired, he would have fewer arguments with his place.

In contrast to his frequent feelings, the Christian recognizes that time is not his enemy, that he is even destined to live on beyond it. Indeed, time will eventually be no more, but space and place will become the eternal habitation of his delight (Revelation 10:6, cf. Revelation 21:1-4). This expectation remains before him, only because God grants the believer his privilege in direct association with the eternal Son of God. John writes, “And we know that the Son of God is come, and hath given us an understanding, that we may know him that is true, and we are in him that is true, even in his Son Jesus Christ. This is the true God, and eternal life” (1 John 5:20). We also see something of this in Ephesians 2:1-6. There, Paul writes of time past, in which his readers walked in agreement with a sinful order. He then contrasts that to the eternity to come, in which the Lord will forever recall his kindness to us through the Son. Ephesians 2:6, however, confirms that such hope is already fixed because Jesus Christ himself is risen and seated with the Father. The believer’s relation to his ascended savior moves the believer into his proper relation to time, though the present-days remain evil. Jesus’ consistent and eternal character in heavenly places is made the believer’s hope.

In the beginning, time possessed no argument with the creator or creature, but showcased the passing moments in which God revealed himself to man in his creation. If believers for the moment must still feel the pinch of time in space, that is the effect of sin and not time itself. To this malady, Paul prescribes righteousness, and no mere ritual. In Ephesians 5:15-16, Paul writes that believers are to redeem the time because the days are evil. He writes similarly in Colossians 4:5. This is curious language. How may time, once lost, be found again?

Perhaps this question can be considered in light of the past two years or so. The Corona virus and the reactions it effected, were but a simultaneous, widespread, and extended pattern among billions of people of something that is more commonly experienced by all of us in smaller and more isolated instances. Plans, purposes, and their attending schedules were lost to us by the unwelcome imposition of circumstances, and even death. The days seemed evil. Paul’s exhortation to redeem time, then, is perhaps nothing more (but also nothing less) than his notice to believers that the time that is lost to one set of plans must be reemployed for another.

Time remains to us a sequential succession of moments. Sometimes it is measured in seconds and other times in seasons; but Paul’s point is that time is, in a sense, now lost. Like the rest of creation, it does not properly serve the purpose of its institution. It too frequently becomes the showcase of man’s sin, rather than God’s good works. Quite clearly, Ephesians 5:16 does not describe time itself as a disorder; rather, Paul writes that sin has filled time—days—with an alien and wicked content. He writes, “the days are evil.” Against this, Paul reminds believers to return time to its proper position, to employ it for righteousness. We know this by what Paul subsequently writes in the Ephesians 5:17, “Wherefore be ye not unwise, but understanding what the will of the Lord is.” God now imports his eternal will into the present through the works of his church.

The question of sabbath requires a longer treatment than is intended here. For now, let us just say that sabbath ordered both time and place to showcase the revelation of God. Part and parcel with creation and then the Mosaic Covenant, its Jewish iteration required Israelites to cease from their usual works. One day was cut off from the rest of the week. Eternity, however, is experienced in place without the passing of time. It is not merely the separation of one day from the others, but weeks and years are separated from the idea of time, so that eternity may belong to the glory of God and man’s enjoyment of his appointed place.

Image:  Photograph by Alexander Gardner, 1865 | Courtesy of The Metropolitan Museum of Art . 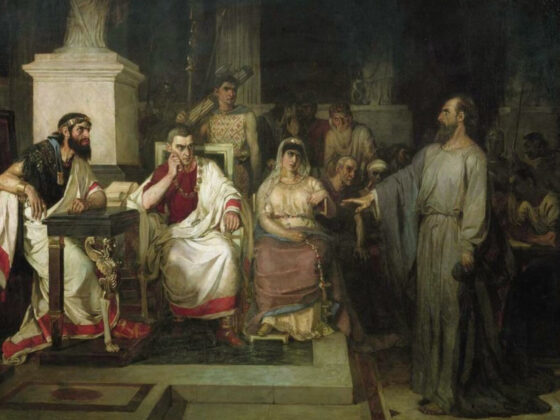 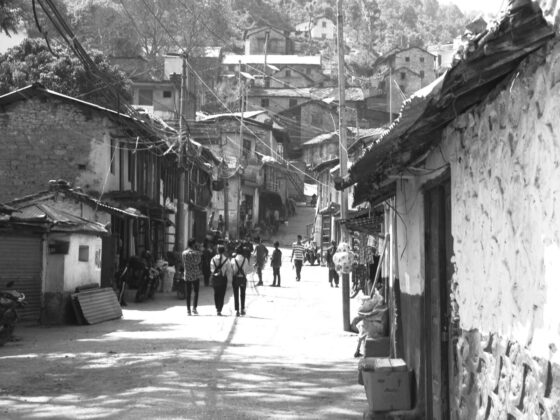 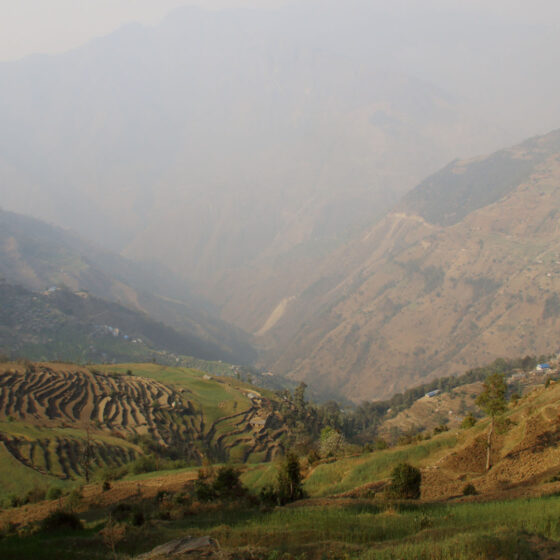 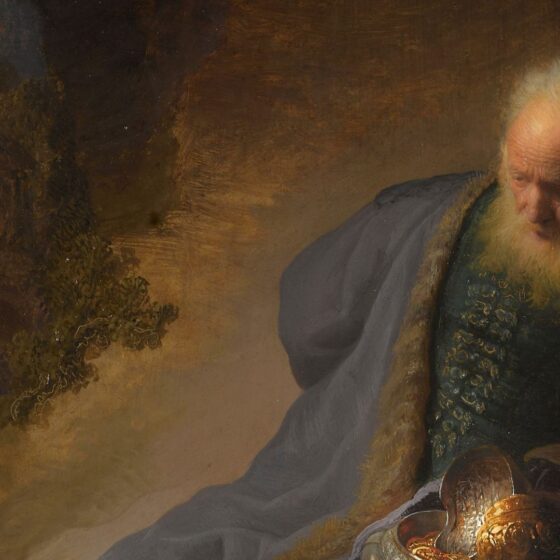