This article is a sequel to another, Paul Corrects Confusion & Error in the Churches of Galatia. It further considers Paul’s analogy, found in Galatians 4.

In Galatians 3:29 Paul confirms the ironic privilege of believers: they are heirs; and yet, they are become heirs according to a promise that was never made to them. In this way, Paul’s letter to the Galatians does something more than demonstrate God’s faithfulness; it traces the course of God’s grace into the present—and that through Jesus Christ. Grace is that principle which Paul must continually emphasize in this letter, for it was endangered in the minds of the believers in Galatia.

Had Paul merely wanted to highlight God’s fidelity, many methods and accounts were available to him. In such necessity, Paul need only to show that whatever God promised to a person, he eventually provided to that person. This is certainly an important and repeated feature of scripture’s record, for it highlights something true about the very character of God. That said, in this part of his letter to the Galatians, Paul attempts something different, still: He illustrates the means of God’s grace.

In order to prove this grace, Paul attaches the believer’s hope to the expectations that properly belonged to another. To put it another way: grace, though always present in every act of God toward man, is most discernible when it is completely detached from personal merit. Accordingly, Paul shows that the promise that was first and explicitly made to Abraham and his seed, Jesus Christ, becomes the foundation for the benefit enjoyed to believers. Grace is evident in such an arrangement, for believers were never party to the original promise.

Rather than merely state this fact, Paul employs an analogy to illustrate God’s grace, to show how believers have no saving principle originating in themselves, nor in the Law that some in Galatia still regarded. The analogy reveals how God’s promise and faithfulness to Abraham and his seed becomes the surprising and effective foundation for the gospel and the salvation that it announces to sinners.

The analogy, seen in Galatians 4:1-2, contrasts the experience and privileges of two different groups in a ruler’s household or estate. The two kinds of people are stated in verse one: The ruler’s heir is contrasted to the ruler’s servants. Paul’s scenario, of course, would be plausible to his readers. That said, the analogy is not comprehensive; it is meant to highlight only a few important facts regarding inheritance, those which serve his purposes. The important element is this: As long as they are all young, the heir and servants have similar appearances as children under instructors; but once they grow older, their distinct destinies are manifested: The servants remain servants, but the son obtains the inheritance that was his from the very beginning, even before his instruction began.

This means that, for at least a time, any uninformed observer on the estate may very well remain ignorant to the identity of the prince who is learning among his father’s servants, for all are alike under the instruction that is appropriate for children. In such a scenario, the surprise would, nevertheless, come when one of the many “servants” is suddenly elevated and given the inheritance that does not belong to the others, those who were always just servants in the kingdom. It is in his exaltation and possession of an inheritance that the son is differentiated from the servants.

Paul makes this plausible situation describe an important era of redemptive history (Galatians 4:1-4), the period in which the Sinai covenant was in force among the Israelites. Under that covenant’s stipulations, Israelites were “under the law” (Galatians 4:5). Importantly, Paul also shows that this was but a temporary arrangement, in force only until the promise that preceded it—that which regarded Abraham and his seed—finds its fulfillment in Jesus Christ (Galatians 3:19, Galatians 3:23-25).

Here in chapter 4, then, both Israel and Jesus Christ are highlighted, serving as the intended subjects of Paul’s analogy. The Israelites are the analogy’s servants; Jesus Christ is the heir of the promised inheritance. He is the heir who is, nevertheless, like them: “made of a woman, made under the law” (Galatians 4:4). Most fundamentally, then, Paul’s analogy reveals the situation under the Mosaic order, so that his readers can understand its limitations, and how redemption in Christ answers to a promise that preceded the Law and is independent of its demands. The analogy recalls God’s work in history, so that its lessons might be applied to the situation in Galatia.

It is in this fact that Paul presents the irony of God’s kingdom, an irony that is set up and disclosed by the very analogy that he has already recorded. First—and rather predictably—the heir obtains his father’s appointed inheritance. Secondly, but unpredictably, the heir also obtains the redemption and inheritance for the servants. This is the fuller intention of the analogy. Paul’s point is not merely that there is a temporary similarity between the heir and the servant, since both are under the same tutorial of the Mosaic law; but Paul goes on to show that the rightful heir turns around and provides an undeserved inheritance to the Lord’s servants. This becomes clear in Galatians 4:4-5:

Herein is the irony of God’s kingdom: the rightful heir to the promise—Jesus Christ—subjected himself to the laws of Israel, so that servants on the estate might be adopted as sons, sharing in his inheritance. In this way, believers, who were never direct beneficiaries to the promise of the Abrahamic covenant, nevertheless become its beneficiaries, because they are re-related to the Father as adopted sons through the intended heir, the very Son of God. One might easily imagine a scenario in a worldly kingdom, in which the heir finally takes his exalted station, even while his servants slink off to continue their toil on the estate; but this is not the scenario that Paul gives his readers. Instead, he describes the way in which servants are made sons, and heirs according to the original promise (Galatians 3:26-29).

The reader’s apprehension of salvation’s irony is furthered still, after he realizes that the servants who are the subjects of Paul’s analogy are not good servants. They are, in fact, in rebellion against the very law that is prescribed to them under the Sinai Covenant. This is the fact that is often highlighted in the prophets and comes to its crescendo in the gospels: Israel—and especially its rulers—was populated by men who assumed that the promised kingdom would find its fulfillment in themselves. In short, they presumed themselves to be the rightful heir of the God’s kingdom. The rebellion and strife that accompanied their unbelief is pictured in the parable of Matthew 21:33-46.

This is not mentioned here in Galatians, but it is the historical background upon which the grace of God is, nevertheless, offered to the men through Jesus Christ. One cannot imagine any other kingdom like this, one in which a king makes his wicked but repentant servants to be co-inheritors with his son. Their redemption is possible, because the promise is available through the Son, the only one obedient to the very Law that the servants neglected and sometimes despised. (Accordingly, passages such as Acts 5:31 come into view.) More to the point of Galatians, this salvation is now available to both Jew and Gentile, for the Law merely confirms the guilt and unbelief of the Jew, so that the salvation of God might be made equally available to all upon the one principle of grace (Galatians 3:21-22, 28-29). Believers are graciously adopted as sons, if only because the Son was the faithful servant, humiliated among God’s wicked servants. 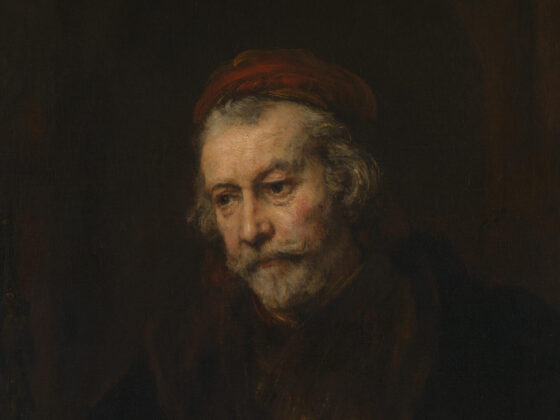 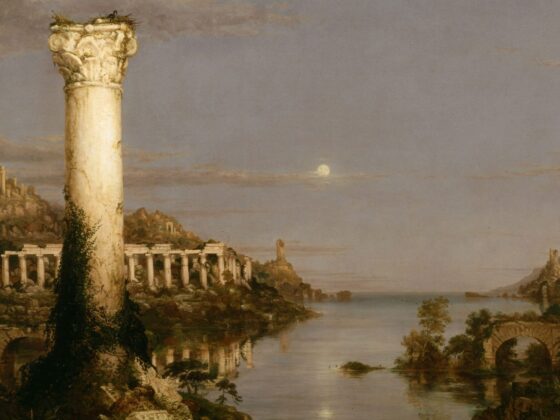 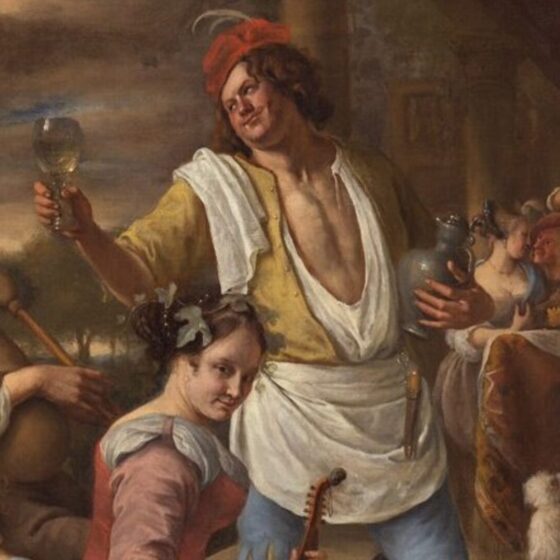