The book of Revelation records three series of judgements. Revelation 16 describes the last of these three series, which begins when an angel hears a voice out of the temple in heaven, and then pours out the contents of his own vial. A judgement then falls upon the earth as the vial is emptied. In this chapter, seven different angels each pour from seven different vials, and judgements follow in every instance. It would take more space to consider how these judgements might relate to everything else we read in the book of Revelation; but another point is evident here, and that regards the righteousness of God’s acts.

The Christian reader, even as he acknowledges the horror described in chapter 16, should also take opportunity to consider that justice is served there. Justice is, of course, one of those words that is frequently ill-conceived, for men too frequently seek justice when they are offended, but almost never when they offend. That said, since chapter 16 foretells of still impending judgements, it important to briefly consider their common character. Each vial is associated with a different judgement; and yet, they share a common description: They are vials of the wrath of God upon the earth (verse 2).

These vials are not dispensed by a God who has lost his temper, who has finally become indiscreet. He is the LORD who has heard every prayer for justice, and here finally metes out a proper and corresponding answer to those prayers. Even so, those prayers for justice have also been preceded by the gift of God’s own Son—the just for the unjust (cf. 1 Peter 3:18), who bore God’s just wrath for all who believe the gospel. It is not as if men have not heard of this salvation. The gospel may not have reached as far as Christians should have carried it, but I suspect that it has reached farther than we can appreciate. But insofar as many will not believe, they will consequently bear the wrath of God for whose justice they say they yearn.

It is this predictable character of God’s judgement that chapter 16 emphasizes. In the end, God’s judgements are dispensed for the very sins and unbelief that the scriptures predict. By the time that the events of chapter 16 occur, the future will have no hope against the past. God is forever who he has already said he is, and men will have turned from him. After all, it will then be evident that unbelievers are not truly unbelievers at all, but merely believers of another kind.

We learn something of what this all means in Revelation 16:1-9, for there we read a description of the men upon whom the content of these vials is poured. First, they are those who have received the mark of the beast, those who worship his image (verse 2). They have also “shed the blood of saints and prophets” (verse 6). When the fifth angel pours out his vial, the scripture tells us that even then—even as they suffer pains of judgement—they refuse to repent of their deeds (verse 9).

The description that we are given here, then, is not merely a litany of man’s indiscretions, any more than it is a record of God’s irritation; but the reader needs to see that both God and men are acting in accord with their natures and will. These men worship the beast and his image, which eventually rise to power on the earth. They worship them rather than the only God and his express image, Jesus Christ (Hebrews 1:3). They also kill the saints and prophets, even as the the prophets will have proclaimed salvation to them. And rather than repent and believe the gospel (as is the common and most basic description of all Christians), these men refuse to repent at all.

These who are described in Revelation 16 are not merely unbelievers, but have joined the great fraternity of men who do not believe the gospel, choosing to place their confidence in something else instead. They worship whatever they will so that can do whatever they wish. The final verdict upon them is this, “They repented not of their deeds” (verse 11). But it is evident in this chapter that they do believe something, and will believe it until the end, regardless of what is true.

These stand in evident contrast to Christians who, for all their own sins, have nonetheless sided with the God who bore their guilt and forgave those sins when they trusted in his Son. Christians believe on the Son of God and then preach the gospel, because they have repented of their own unrighteousness. These men, however, worship the beast and will kill those who preach the gospel, refusing to repent. In other words, these few verses describe the deliberate faith of unrighteousness men, even as other portions of scripture describe the deliberate faith of the Christian. And these unrighteous men are “faithful” until the end. They refuse to acknowledge their creator and redeemer, even as their judgement falls.

Romans 1:25 describes such as men who worship the creature more than the creator. In the end the elements are turned against them, for the creation is made to rebel against such a man. It might be said that these judgements are among the last verdicts against Adam, for when Adam did not subject himself to God, God’s subsequent curse meant that the world would not yield to Adam’s dominion (Genesis 3:17-19). And so, that dominion was then given to Jesus Christ, who came as another and last Adam—an obedient son (1 Corinthians 15:45); and the Son has reordered creation through the cross. Rather than Adam, the world will be made subject to Jesus Christ (Hebrews 2:8-9). These forthcoming judgements will but signal the last gasps of the old order, for the creation will eventually acknowledge its creator when Jesus Christ returns (Romans 8:19-25).

It is then very telling, and of the greatest comfort to the believer, that one of the very angels who poured out one of the seven last vials also shows John the descent of the New Jerusalem (Revelation 21:9-10). That city will be the mutual residence of God and man, creator and creature in easy regard and love. From the first days of creation, when the LORD occasionally visited Eden’s garden, this coming day was also suggested—a day when God would dwell with men. This city, planted on a new earth, is that place: The tabernacle of God will be with men (Revelation 21:3). The angel that dispensed God’s wrath also showed John the great city, which will descend from God in yet another mercy.

By this, we understand that God is not rash in his mercy, any more than he is reckless in his wrath. He merely does what is consistent with his character, what he has promised he would do. To those who have turned again toward him through his Son, there is but an eternal mercy; but to those who so rebel against him to hold to a faith of a different kind, there is his wrath. That may sound horrible, but it is not surprising.

Image:  Detail of the four horsemen, from "The Apocalypse" by Albrecht Dürer, c. 1498 .

Not as Things Appear 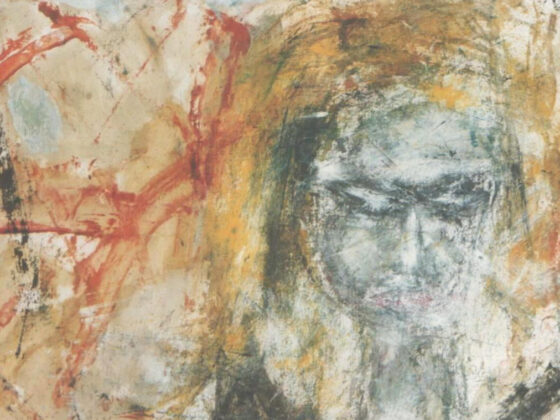 Things Just as they Are