The judgements of God are too infrequently considered, sometimes because those who disparage them do not find in their consideration what they presumed—the innocent. All the same, whoever neglects to consider God’s righteous judgements upon the guilty, will also forfeit a discovery of God’s grace. One of the ironies of God’s work in history is that he reconstitutes judgement for salvation, and death for life. Where we find one, we also discover the other. Such, then, highlights one essence of the gospel: The wrath that men deserve was borne by the Savior; the righteousness that belonged to Jesus Christ, the Savior, is gifted to believers (1 Peter 3:18). This extraordinary exchange is made possible in the one and same place, the cross.

Accordingly, a pattern is observable in scripture: Various events simultaneously serve the purpose of condemnation and salvation. For instance, the flood that drowned the impenitent world in Noah’s day also became the means by which all in the ark were saved from death (1 Peter 3:20). The waters of the Red Sea became the passage for the multitude that escaped Egypt, but the same waters destroyed the Egyptian army that pursued Israel (Hebrews 11:29). And, of course, the cross upon which Jesus Christ was crucified was made the means by which the believer is saved, and the unbeliever is condemned (John 3:18). In these and other ways is the pattern established.

This, then, brings us to a consideration of the Bible’s account of what took place in Noah’s vineyard. After all, some who read this text display more curiosity about what it does not say, rather than what it does. This is not to deny that the Bible requires us to compare its several different parts, so that we might better understand one place in scripture by in fact reading another. Nevertheless, if unbelievers tend to deny what is plainly read in scripture, speculation is the temptation of those who take the Bible seriously. Obviously, this short passage has suffered from much speculation.

The speculations have often surrounded Noah’s son, Ham, and what part Ham might have played in his father’s humiliation. The point that should be made is to scripture’s silence here. We know only that, after he became drunk with wine, Noah awoke from that stupor in a state of nakedness. (That fact is instructive enough to have been ignored.) In fact, the only obvious statement made of Ham is by way of contrast to his brothers: When Ham saw his father’s nakedness, he reported that to his brothers; but Shem and Japheth took the additional effort to cover their father’s nakedness and hide his shame.

As in Eden, a series of curses and blessings follows this scene. Strictly speaking, it is Noah that announces these both. The curses extend the consequences of that day into the future. That said, blessings are pronounced and not only curses, so that hope is also extended into the future. This, then, repeats the pattern that we see after the Fall in Eden (Genesis 3:15-19). I am afraid that speculations about Ham have kept many readers from regarding what the scripture in this way says about Canaan.

Noah both curses and blesses his sons for their respective roles of that day. Shem and Japheth are, of course, blessed. Again, Shem and Japheth covered their father in his shame, and so he blesses them. Nevertheless, Canaan is the subject of Noah’s curse. The reader may wonder as to the cause of Noah’s censure, but the reason is not divulged. What is obvious, however, is that the structure of the passage turns the reader’s attention to Canaan instead of Ham.

This persistent emphasis upon Canaan begins in verse 18, even as the three sons of Noah are named. At that point—and without prior reason—Canaan’s name is first included in the text. Verse 18, then, becomes the narrative’s marker of Canaan’s forthcoming importance to the story. Verse 18 predicts and notifies the reader of the emphasis that will follow. After all, Ham is not cursed in the text; but rather, Canaan will be cursed.

Later, verse 24 reads that when Noah awoke from his drunkenness, he then knew what his younger son had done unto him. This is the strongest evidence that Ham is, in fact, guilty of some unmentioned offense against his father. One might easily enough read this as a reference to Ham. That said, “younger son” may not be a reference to Ham at all. The scripture will sometimes use this word “son” to refer to a more distant relation, and not just an immediate son. This is why it is no surprise to read of Jesus as the son of David.1The genealogies provide an opportunity to consider this qualified and broader sense of relation than some readers initially want to allow. For instance, Matthew’s genealogy of the Lord Jesus reads that Joram begat Ozias (Matthew 1:8), when the record of 2 Chronicles shows that three kings—Ahaziah, Joash, and Amaziah lay between them (2 Chronicles 21:18-26:1). There are good, instructive, and edifying reasons why differences in the genealogies sometimes arise, but the point here is that Matthew does not rely upon the same restricted understanding of relation that some modern readers do. The word can reference relations of many kinds. It can identify an immediate descendant, but a more distant descendant, also. The broader use of the word, then, is neither erroneous nor imprecise, but communicates the privilege, responsibility, and solidarity that family members (and even neighbors) inherit from one another. This is something sometimes lost on many western readers of the Bible, but it is sometimes very plain in scripture. It remains very important in some eastern cultures in the present day. Perhaps, then, Genesis 9:24 merely reflects this broader sense of the word “son.” Perhaps it is a reference to Canaan and not Ham. This sense is more probable, still, when one considers the passage in its entirety.

Regardless, verse 25 is quite clear: Noah curses Canaan, even if some still want to place some burden of guilt upon Ham. Because Shem and Japheth are mentioned together in verses 26-27, some have reasoned that Canaan’s name only stands in the place of Ham, and that all three sons are posited there as representatives of the entire human race; but insofar as the curse is extended to Canaan, nothing can be said about Ham at all.

It is only when we consider the text as it is given that something else becomes evident. Verses 25-27 highlight blessing over against cursing in a way that resonates with the rest of scripture. Moreover, though Noah curses Canaan, he also blesses the God of Shem. Whatever else may be surmised, this much is clear: the scriptures brings to bear a contrast of Canaan with Shem and, more precisely, the God of Shem. (Japheth is mentioned also, but not as frequently as the other two.) Following the Fall, the ground was cursed for Adam’s sake. Later, Adam and Eve’s son, Cain, was also cursed. Here then, we have the cursing of Canaan, who will henceforth only be eligible for a blessing through the blessed.

The reader will already be aware that Canaan’s descendants will eventually occupy the land that God promises to Abram (Abraham) and his descendants. The land that is promised to Abraham is initially called the land of Canaan (Genesis 12:5). In other words, Genesis 9:18 and 9:25-26 narrow the reader’s attention to consider all that will follow in the scripture, not to speculations and theories on race and history.

When the nation of Israel eventually enters the land of Canaan to take possession of what was promised to that people, it will engage in unceasing warfare against the Canaanites. That conflict provides much of the content of The Book of Joshua: Israel will eventually divide land promised to them but occupied by the Canaanites. That warfare, now frequently considered by critics without its historical or moral foundations, is made the subject of uninformed and self-righteous denunciations. What, however, is missing from those critical considerations is a recollection of God’s gracious mission to the Canaanites, which preceded the violent conquest. This passage in Genesis 9 helps brings that into view.

Before Joshua ever enters Canaan with an army, a descendant of Shem will be called from the land of his nativity to wander in the land of Canaan. That man, Abraham, is blessed of God. More importantly, he is designated to be a blessing. Indeed, God will bless them that bless Abraham, if also curse them that curse Abraham; but to the point, Abraham will sojourn in Canaan’s land among the cursed line of the Canaanites—a blessing among the cursed (Genesis 12:5-6). Accordingly, when in Genesis 9 we read how Noah curses Canaan, and then also blesses Shem and his God, we should also see how that God then arranges his blessed son Abraham to walk among the cursed of Canaan, long before a judgement befalls them during Joshua’s invasion. In this way, we have a figure: God sends the son of Shem on a mission of mercy before Israel enters the land to rule.

Even more surprising than Abraham’s sojourn in Canaan is the work of the God of Shem, himself. The God of Shem became a man and walked among the cursed of Adam, blessing them and redeeming believers, long before they are faced with judgement at the end of this world. The God of Shem, himself—and not just Shem’s decedent—became the blessing. As it is written in The Epistle to the Romans, “Therefore as by the offence of one judgement came upon all men to condemnation; even so by the righteousness of one the free gift came upon all men unto justification of life” (Romans 5:18). By this we are reminded that man’s sin could not frustrate God’s work through man, chiefly because God himself was manifest in the flesh and became the blessing—the man Christ Jesus. Blessed be the God of Shem.

This article is not intended to answer every question and subject that is present in this portion of scripture; but it is a reminder that unfounded speculations sometimes distract from the intended meaning of the most edifying and instructive portions of scripture, especially when they distract the reader from the apparent record of God’s faithfulness and mercy through his Son.

Image:  "Noah: The Eve of the Deluge" by John Linnell | Cleveland Museum of Art . 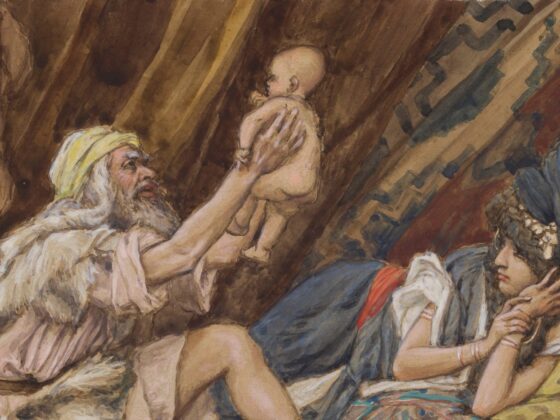 Noah is No Second Adam, After All 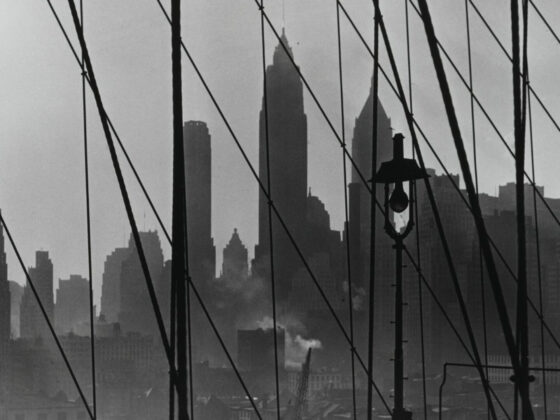