By the time the reader arrives as this epistle’s fourth chapter, he has already navigated a maze of memories. For one, he sees how that Paul recalls various highlights of his own life. We read of these in the first two chapters of the letter. Paul then turns to a brief but careful summary of Israel’s history (seen in chapter 3). That history is not comprehensive, but this fact does not mean that the history is deficient. Indeed, Paul’s concise consideration of God’s dealings with Abraham becomes the short but central feature of Paul’s letter to the Galatians. In other words, Paul highlights essential events of Jewish history to then proceed with a Christian argument.

Chapter 4, however, shows Paul moving from memory to metaphor. At this point in his letter, Paul services several familiar ideas to bring doctrine to bear upon his readers. In this way, the personal and national histories of the first two chapters are rounded out and illustrated by the common concepts already understood in the Galatian churches: sonship and servitude, but also inheritance and adoption (Galatians 4:1-11). Paul combines all of these elements to cause the Galatians to understand doctrine. When the Spirit inspires Paul to write these words (per 2 Timothy 3:16), they then become the features of scripture.

It is sometimes difficult to appreciate how common a feature metaphor is in our everyday conversations. In fact, our conversations depend upon these metaphors making real and natural sense to us—and they do just that, with little forethought required; and yet, this ease of conversation only comes with its practice. The more frequently and deeply people converse with one another, the richer a language becomes. Rather ironically, this richness and complexity of language also leads to the comprehensibility of ideas. Comprehensibility, then, is surprisingly made subject to a kind of complexity. (We may surmise that Paul would not attempt to persuade his readers on Twitter.)

However, once metaphors appear in literature, they are more carefully considered as a part of formal study. The relationship of ideas to language are then traced and categorized by specialists, providing a kind of map to what is often and otherwise easily assumed without the specialists. Predictably, then, these studies can become tedious and tiresome to those who understand these things implicitly, who came to understand the rhythm and rules of speech on a porch swing or at family reunion. Nevertheless, this does not mean these kinds of features—often called literary devices—can be ignored. After all, they are more common and more important than many Bible readers recognize. The meaning and communication of texts is actually dependent on them. Even when some reduce scripture’s significance and meaning to only its literary features—making almost every form somehow symbolic and devotional, a sad feature of “Christian” liberalism—this does not mean that the rest of us can pretend that these features are irrelevant to interpretation. Nor should the familiarity of the images be reason that they are not carefully considered.

I mention this here, because Galatians 4, especially, is a section of scripture where ideas are given to the reader in the form of literary images. Certain words, already pregnant with their own definition and sense, are then associated with other ideas in the text, so that the sense of the first word is carried over to affect the reader’s understanding of what is less familiar or understood in the second. In this way, abstract ideas are centered and communicated by what the reader already and inherently understands in the metaphor. In chapter 4, it appears that this is what Paul does with the idea of motherhood. That image—so strong an idea as to need little formal definition for most readers—is then made to illustrate Paul’s love for the Galatians, something that his readers in Galatia seem to have misunderstood (cf. Galatians 4:16).

Accordingly, this section depends upon what we already should assume about the relationship of mothers and their children. Only with this already established can Paul write of the Galatians as his “little children.” He can refer to them as children in a metaphorical sense, only because his readers already had an idea of its common meaning. Paul also writes of himself as one who travails in birth for the Galatians (Galatians 4:19). The meaning is obviously metaphorical, intended to demonstrate Paul’s continued concern that the Galatian believers assume the character of Christ, which is the Spirit’s work in us (cf. Romans 8:29).  The Galatian churches, then, were composed of children in the faith—his little children in the faith (verse 19); and so, it is no surprise that Paul at first makes himself as their mother, as a mother travailing in birth for them all. That image is one of the deepest love, for it recalls the suffering and crying of the mother for the newborn and helpless child. As it turns out, motherhood will be become Paul’s most common metaphor in this passage.

That said, it appears that Paul now wishes to change his voice, to take on another tone altogether (verse 20). He would not be the suffering mother, but raise his voice, as if to scold the Galatians. Apparently, some among the letter’s readers wished to be under the blessings and cursing of the Mosaic law. Paul is stunned: did they not hear the law? Paul’s point will be that the law could never afford the blessings that its would-be adherents sought. To make this point, Paul depends upon another manner of speaking, one called allegory.

Allegory is, of course, different from metaphor. Allegories can be quite complex, consisting of a narrative and its contingent features. Most importantly, the relationship between the narrative and what it illustrates is assigned in the author’s mind and not left to the general impressions of the reader. Allegory possesses a kind of objectivity that begins in the mind of the author, and not in the mind or language of the culture. Ideas such as motherhood, adoption, and servitude already existed in the Galatian churches, and Paul was able to employ these existing ideas in metaphors. But here we have mention of another device, an allegory—one in which the author assigns the correlation between subject and object, message and meaning. Paul, himself, assigns the interpretive category of allegory when he mentions its characters: Abraham’s concubine, Hagar; his wife, Sarah; and his sons by each of these women. These things, Paul writes, are an allegory (Galatians 4:24). The author himself—moved by the Holy Spirit—establishes the emphatic relationship between the Old Testament text and its New Testament application. A Christian reading accepts these helps, but also their accompanying definitions. 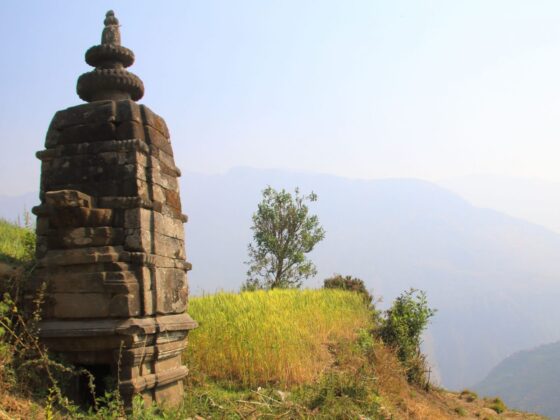 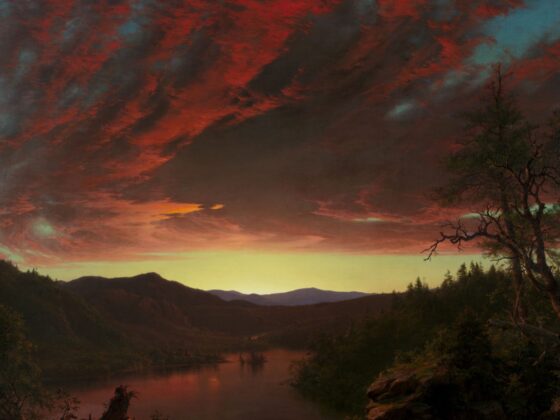