This is the first of two posts, intended to discuss Romans 1:9-21. These will consider the proposition that Paul’s primary concern is revelatory. If so, proper distinction can be made as to how that revelation is communicated and how all men, accordingly, are responsible to what he understands.

When one first opens the Epistle to the Romans and begins to read, it may not be immediately clear to him as to why Paul is writing this letter. Is there a problem in Rome that needs his attention? Have the believers written Paul with questions to which he must now give answers? Sometimes Paul clearly states his reason for writing—1 Corinthians seems to be an obvious example (cf. 1 Corinthians 1:10), but Paul’s intentions here are, perhaps, not so obvious; and yet, just midway into chapter one we begin to get a sense of Paul’s purpose: His is a very broad vision.

In reading the entire New Testament, we understand both the depth and breadth of Paul’s exertions. The depth is sometimes measured in his suffering, a fact that he is occasionally prepared to remind his readers (cf. 2 Corinthians 11:17-28, Galatians 6:17, etc.). The breadth may be measured in miles: The distance that Paul traveled in his proclamation of the gospel is astonishing—especially given the means available to him. And this point is to be made here, for when Paul mentions his desire to visit the Roman believers, he writes that he has been unable to do so, for he has always been somewhere else. His travels are very briefly encapsulated in chapter one: He has traveled throughout the empire, mingling among its variety of subjects (Romans 1:13-15); but now and finally, Paul is prepared to travel to the very seat of imperial power—Rome.

It is the expansiveness of Paul’s travels that help us understand the shape of his argument in this first chapter. Wherever he has journeyed, Paul has proclaimed the gospel; and even now, he intends to visit Rome as a herald of that message. Indeed, Paul desires to visit the believers in Rome and establish them in their mutual faith (Romans 1:9-13), but we soon understand that this is not a mere ministerial errand; Paul’s journey and ministry will be in service to his Lord’s revelation. In so many words, Paul’s letter to the Romans connects his desire to visit them with the larger scheme that the LORD announces and establishes through the gospel to the world. This means something more than rote instruction and apostolic administration; indeed, Paul will visit Rome and preach the gospel, but only according to the character it possesses in God’s power and revelation. This is what chapter 1 discovers to the reader.

Romans 1:16 famously records Paul’s attitude regarding the gospel: He is not ashamed of the message that he proclaims. It is manifestly the power of God. Here, power probably has the sense of both authority and strength. God’s power—demonstrated in the gospel—describes God’s will and ability to reorder a sinful world. Accordingly, it is noteworthy that Paul intends to preach this gospel in Rome, the seat of Caesar’s authority. The gospel becomes the display of God’s character, and a demonstration that he is the sovereign Lord. It reveals the depth and breadth of his kingdom.

Roman imperial power—imaged in the Caesar—privileged only some of its subjects with the title of citizen. And, indeed, it seems that Caesar’s power was (in part) comprehended in whom he would refuse that privilege: the well-connected obtained that status; it was withheld from slaves and outsiders. But the gospel that Paul preached made every believer a citizen of a kingdom that found its origin in heaven. That message was outrageous and subversive to the Roman mind; it was also offensive to many Jewish sensibilities of Paul’s day. The gospel was the power of God to everyone that believed, whether Jew or Greek (Romans 1:16). Accordingly, human notions of both power and purity were challenged, toppled, and then turned right-side-up by the gospel. Rome imposed its power by a sword; the church found its increase by a word that invited believers of every tribe and people.

The gospel, then, is confirmed as an expression of God’s power, that which relates God’s power to his will. We may then say that God’s reflects God’s character, heard and understood in the words that report God’s deeds (Jesus’ death, burial, and resurrection). Through the gospel, the Lord begins the reordering of a sinful world. And this is important, for what follows in this book and elsewhere in the New Testament. There, we find that the gospel is more than a confirmation that God is willing to redeem men, but that it is also manifests the very foundation of his order—righteousness. God’s power and order is hereby connected to his character.

In this respect, the gospel is not merely the instrument of salvation, it is also the instrument of God’s revelation. This is exactly what Paul tells his readers, that in the gospel “the righteousness of God revealed from faith to faith” [emphasis added]. In other words, the gospel affirms something very particular to men about God and his kingdom. It imparts knowledge of him. Importantly, Paul is not limiting the knowledge of God’s power and righteousness to believers. As we shall see, this in not his point; but rather, Paul is associating their understanding of these attributes to their belief of the gospel. Insofar as the gospel reveals these facts, and believers also receive the presentation of the gospel, believers obtain this knowledge that is carried to them in this proclamation.

Accordingly, when Paul immediately hereafter speaks to the way that God’s wrath is revealed to the unrighteous (verse 18), a vivid contrast between believer and unbeliever becomes apparent. God’s righteousness is revealed in the gospel to believers (verse 16), and God’s wrath is revealed to those who are unbelievers—more accurately, those men “who hold the truth in unrighteousness” (Romans 1:18). In other words, this early part of Romans 1 highlights ways in which God discloses his character and manifests his rule among all men, regardless of their profession. Preeminently, this section describes the revelatory quality of God’s acts and his works. The entire scope of humanity is apprehended; all are within his reach and included in his revelation: The righteousness of God is revealed in the gospel to believers; the wrath of God is revealed to all unbelievers. Even so, this provokes a question: If Paul makes the gospel the agency of God’s revelation of righteousness, what is the agency whereby he reveals his wrath?

This question gets to the very heart of Paul’s ensuing argument. And it is at this point that a few additional considerations are warranted. For one, when Paul associates the declaration of righteousness with the gospel, this is because he also identifies righteousness with the person of Jesus Christ; after all, Jesus’ death, burial, and resurrection is the gospel’s subject (1 Corinthians 15:1-4). More precisely, we remember that when Jesus Christ was crucified—charged as a sinner and criminal; it was his subsequent resurrection that actually confirmed his innocence before men—his righteousness. Accordingly, Acts 17:31 tells of the way that Jesus’ resurrection is the sufficient declaration of Jesus’ righteousness and rule.1Additionally, see Romans 1:4-5. 1 Timothy 3:16 also touches this idea, though Paul there connects the vindicating work of the Spirit to the time and works of the Lord’s ministry. The gospel, then, is a revelation—an announcement of facts that would otherwise be hidden to men. And this is precisely what Paul writes in Romans 1:17—the gospel reveals something.

Revelation, among other elements, includes the expressed presentation of God’s character to man. It is true that God’s immensity of character stands outside man’s abilities of comprehension; nevertheless God reveals what we could not otherwise know. As such, when God chooses to reveal himself in scripture, the instances and details of that revelation are not only accurate but comprehensible.

That comprehensibility includes the prediction and record of the incarnation. The Apostle John put it this way: “And the Word was made flesh, and dwelt among us, (and we beheld his glory, the glory as of the only begotten of the Father,) full of grace and truth.” (John 1:14). Elsewhere, John writes of Jesus as one whom

Here, we understand that the personal experiences that belonged to John and the apostles also became the content of the written record. Now given to us all. In this way, God further relates himself to us by becoming flesh in a revelation that is joined to the rest of scripture that predicts and describes him. The gospel that Paul preached possessed this fullness. It was a human body that was entombed and then raised from the dead.

By virtue of his Son, God may present righteousness as something much more than an abstract principle; the gospel discloses righteousness in human flesh by Jesus’ deeds. Righteousness is apprehended relationally to man in the Son of God. The Incarnation, even when certain of its details remain wonderful and even incomprehensible in the abstract, nonetheless connect righteousness, goodness, and truth in both eminent and imminent fashion—comprehensibly different and yet comprehensibly near. As such, on one occasion unbelievers were sent to capture Jesus and returned, saying “Never man spake like this man” (John 7:46). Even the centurion who watched Jesus die said, “Truly this man was the Son of God” (Mark 15:39).

This post will be followed by another, giving attention to the way that God reveals his wrath to unbelieving men.

Image:  Detail of "Ruins in a Rocky Landscape" by Salvator Rosa, c. 1640 | The Cleveland Museum of Art . 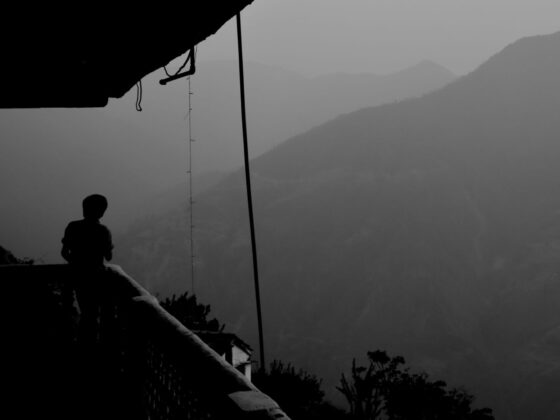 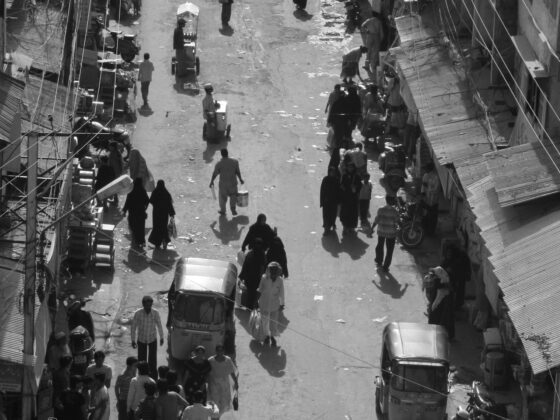