The following is part of an unpublished essay that considers identity and the creator-creature distinction.

The narrative of Genesis 18 begins as three men visit Abraham and Sarah in Mamre. The couple has pitched their tent there and receive three men as guests. The first part of the chapter (verses 1-15) records their initial conversation; the second portion (verses 16-33) tells how the same three men rise from their meal with Abraham and then look pensively toward Sodom. One of the men, soon confirmed as an appearance of the LORD (Genesis 18:17), speaks to Abraham of the judgement that he intends to bring upon the city. We only need highlight the facts of chapter 18 to understand how its two sections can be related together. Speech, but also its posture, serves to confirm the identity of the several characters. My point is that the speeches of God and men inevitably reflect their different natures.

For this reason, the LORD’s initial silence is striking, and even eerie. His quiet is apparent enough to become (if I may say) overheard. He enters the scene as a man, but his silence conveys prerogative and, accordingly, becomes a kind of communication. His restraint is measured against Abraham’s frantic pace, who rushes to perform the duties of a host. Abraham speaks and serves the LORD, who may, in fact, refrain from talk and be served. The difference in the men is hereby confirmed: the great Abraham is servant to a visiting lord. Their identities are reflected in their words and deeds.

When the LORD finally breaks his silence, his manner of doing so is also revealing: He announces his own faithfulness. He tells Sarah what he will soon do by recalling what he has already spoken on a previous occasion. “I will certainly return unto thee according to the time of life” (Genesis 18:10). This means that Genesis 18 is but the inevitable sequel to God’s earlier promise, already established in a covenant with Abraham. The promise was originally contained in words; later it was corroborated with a deed—the LORD himself accomplishing the covenant ceremony that confirmed the pledge (Genesis 12:7, 15:1-18). It is unsurprising, then, that this initial installment of God’s promise is announced in such a way. God’s own word precedes, predicts, and prescribes his deed—the fulfillment of a spoken promise. Only God can speak this way, joining pledge to a miraculous provision of life.

And yet—the tent contained an audience. All that follows reminds us that God’s promises to men also carry man’s moral obligation to hear and believe them. This, then, is descriptive of men—that he must hear and reflect upon whatever is spoken to him; and it is, therefore, significant that when God first speaks in Genesis 18, Sarah subsequently laughs. Her laughter is unfitting of man and, therefore, rebuked. Faith (we are accordingly reminded) remains a person’s reasonable and expected response to God’s own word. But it is quite more than this: A man’s faith is eventually revealed by his own words and deeds. Sarah laughs at the Lord’s proclamation, but it is Abraham that must answer for her doubt. The question is put to him, “Wherefore did Sarah laugh, saying, Shall I of a surety bear a child, which am old?” (Genesis 18:13). This digression is likely because Sarah is not the first in this family to clothe disbelief in surprise. Turn a few pages backward, and one reads of Abraham’s own laughter, how that he had fallen on his face and laughed at the consideration of God’s promise. Evidently, words—even when whispered in the heart of unbelief—find outward expression in a deed.

Rising from their meal with Abraham, the three men walk to some nearby place where they may oversee Sodom. The LORD wonders aloud: Will he hide from Abraham what he intends to do? (Genesis 18:17) He will not, and we are hereby reminded of the privileges afforded to man in revelation. By disclosing his mind, the LORD welcomes Abraham to consider the expression of his will. God records his mind in words, and those words explain and predict God’s deeds. It is an unsurprising but still wonderful connection: the LORD first intends to visit Sodom and then shares the same with Abraham. The LORD will see whether the cries from Sodom reflect the rumor of their deeds. Apparently, Abraham is already decided on this query, and so he asks, “Will thou also destroy the righteous and the wicked?” (Genesis 18:23). The LORD assures Abraham with a final word of his own, “I will not destroy it for ten’s sake.”

But the point, here, is not to highlight the conditions of Sodom’s eventual destruction; it is to only notice that God extended a promise that he was both willing and able to keep. There are no surprises in his deeds, nor is there any presumption in his word. Their predictable forms and expressions find their explanation in the very character that God possesses. His freedom and power to judge that city is contained and predicted in his very being. In this way, too, chapter 18 confirms the association between God’s singular being and his several acts. Abraham, also, confirms his own station, and that by a confession of sorts. He solicits the Lord for mercy; and yet, the form of the question admits no doubt: “Shall not the Judge of all the earth do right?” (Genesis 18:25).

Accordingly, the reader is directed to a difference between the Creator and man, and that difference is confirmed in the arc between word and deed—being. In the tent, God returns to Sarah the time of life, while on some sallow hill in Canaan, the LORD reserves the right of judgement. God alone possesses the power of creation; he reserves the right to destroy. The LORD enters Abraham’s tent to announce life; but he also walks with Abraham to disclose the circumstances of death. These powers ultimately belong only to God. We find no full degree of freedom in men. Abraham and Sarah, instead, possess different prerogatives, which are attached to them as persons. Sarah is made to stop laughing and Abraham ceases from his supplications—all evident and observed once the LORD begins to speak.

To put it another way, Abraham and Sarah possess different privileges than their maker, and those are related to their station. Both within the tent and from the plain overlooking Sodom, Sarah and Abraham are brought to silence. The chapter begins with the silence of God, but that yields to the kind of creative speech that can only belong to God: He will return to Sarah the time of life. But the elderly couple? They must learn to say less—or perhaps speak differently, and that in agreement to what God has spoken. There is no silent faith for man, just as there is no such thing as a quiet creation. 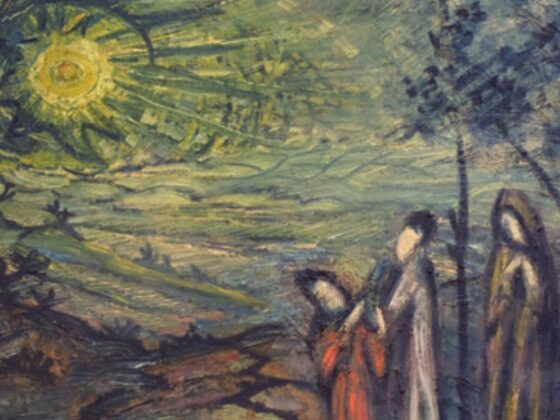 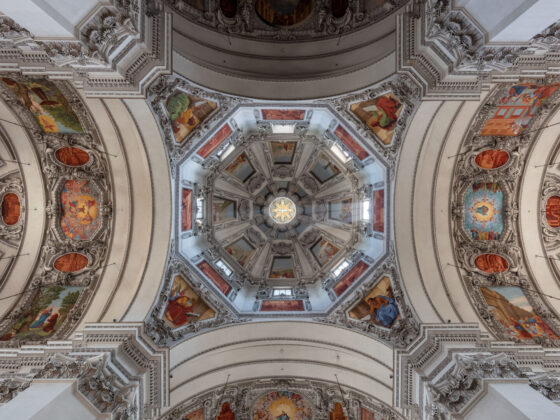 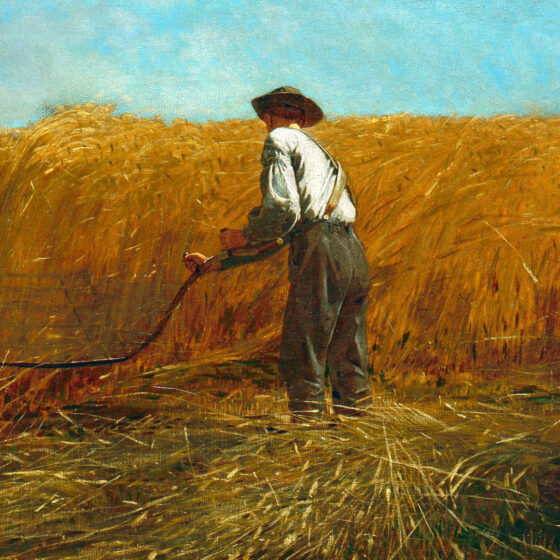 Temptation as the ground of triumph