James begins his epistle with an admonition to believers to count it all joy when they fall into their many and different temptations (James 1:2). It is easy to read and isolate such instruction as ordinary advice, guidance for those common episodes of temptation that inevitably frustrate every believer. Accordingly, one might mistakenly read James as writing something like, “Well, you are now beset by many temptations, but choose joy.” One can easily imagine someone saying this to a friend, and precisely at the wrong time.

If one reads James in this way, it is, perhaps, because advice has become the single note to which his ear is tuned, but James calls his readers to wisdom. He directs us to an entire melody and not just to any one note. As such, though James does begin his epistle with an admonition of sorts, his readers soon discover that it is intended toward a larger point. He does not leave us with the admonition alone, but reminds us that the biblical instructions have an end in view, something more than the resolution of a momentary dilemma. As James describes it, then, temptation is not merely something to carefully manage in the fervent search for happiness; nor is the immediate relief from temptation the highest good. Rather, in this first chapter, James outlines a scenario in which a temptation itself is made a precursor to joy. It is placed in service to joy.

Nevertheless, James’ initial counsel is unsettling. Is the believer to count it all joy when he faces a temptation? Even those wicked temptations that he has neither invited nor can altogether avoid? Yes, and this introduces the unexpected element into James’ argument: He is able to speak of joy and temptations together. To be clear, James does not instruct believers to invite temptations upon themselves. (Verses 13-15 clearly describe the dangers associated with temptation.) Also, he likely has a variety of temptations in mind, and not just the sensual sort that people now often associate with the word. Even so, James’ counsel stands: the believer can count the temptation as an occasion for joy. How so? The answer to this question is understood in the way that James associates temptation with still other realities.

In this consideration, James’ admonition first admits that whatever temptation has arisen before the believer truly bears down upon him and strains his faith. James is forthright and calls the temptation a trial of faith (verse 3). The severity of the ordeal is not diminished. A temptation—at least such as James describes it in verses thirteen to fifteen—is a horrible thing. It assaults man and intends his death. This is what makes James’ eventual conclusion so unexpected. The temptation that strains the believer’s faith may also become the very ground on which faith triumphs.

So then, the order of events that James describes, faith precedes the temptation. If temptation strains faith, it is also true that faith is already present when temptation presents itself and the trial of faith begins. This is the fact upon which James advances his unanticipated argument. Faith does not merely resist temptation; faith may also repurpose temptation against its initial and wicked designs. Only faith may so work in the presence of temptation to produce what temptation sought to destroy—virtue. This is the irony of James’ admonition. Faith faces the believer’s unwelcome temptation for what it is, but the trial brings about the unexpected: faith results in patience. Patience, we then read, concludes in a kind of satisfaction, what James describes here as the end and perfection of the ordeal. The trial, properly faced, brings about a state in which the believer wants nothing (James 1:4). This seems to be the perfection to which James refers.

This, then, presents a remarkable sequence. Irony is piled upon irony: what begins as a temptation, finally ends in the believer’s recognition and experience that he does not need what the temptation offers him. In an unexpected way, then, the initial temptation ends in the very opposite of what it intended: life is made the ironic achievement of the temptation’s trial. Full happiness and joy becomes its eventual conclusion: “Blessed is the man that endureth temptation: for when he is tried, he shall receive the crown of life, which the Lord hath promised to them that love him” (James 1:12).

This unlikely association of temptation with faith, patience, and perfection, become the context in which James subsequently describes the more frequently recognized movement of temptation to death:

But every man is tempted, when he is drawn away of his own lust, and enticed. Then when lust hath conceived, it bringeth forth sin: and sin, when it is finished, bringeth forth death. (James 1:14-15)

Unencumbered by faith and love, temptation easily obtains its original goal. Lust works with temptation unto sin; but note that this initial appearance of temptation is the same scenario in which faith may effect patience (verses 3-4). These two sequences, then, are set in contrast to one another, and the reader must see this aspect of the passage, that there are two different sequences that James places before the reader. By these, we learn that temptation always reveals the true nature and object of our desires, which is why James may authoritatively speak of perseverance and love together (James 1:12). Desires are sometimes gratified in the moment and discovered as lusts (James 1:14); at other times, they are proven in patience, attached to their proper object and enjoyed as the gift of God (James 1:17). That we are creatures of desire is given to us by God; that we satisfy those desires in sin is the evidence and warrant for our condemnation.

James’ additional admonition to “let patience have her perfect work” (James 1:4) suggests the passing of time, but this does not mean that James’ command is any less urgent than Paul’s instruction to Timothy, that he flee youthful lust (2 Timothy 2:22). Rather, from James, we additionally understand that patience is the recognition and confidence in God’s ongoing work in time—our sanctification. It is the answer to temptation’s frightful moment and man’s frequent falls. James’ command to patience is also the resounding echo of the grace of God.

With the Lord’s prescription of patience, then, also comes the gift of his time. Every new heartfelt request for wisdom (James 1:5) becomes a confession of sorts. The believer requests again because he still lacks what he seeks; and yet, he requests what God has decided to give. God does not “upbraid” such people, for he has chosen to hear their requests as evidence of their faithful, patient pursuit of holiness. The quantity of their petitions never tires the Lord; the quality of their faith, however, is always examined: Does it seek what God promises? Wavering faith, James seems to say, is not so much weak faith, as we usually imagine it—the pitiful but plaintive whisper of a frightened heart; rather, weak faith is known by the strong but disoriented prayers of the undecided, double-minded plaintiff (James 1:5-6). He returns again to what faith cannot rightly ask of God. Such a man waivers in his wants. The more we ask for a thing, the more our desire is demonstrated. Patience for what God will actually give, then, confirms faith, and patience recognizes the elongated occasion for faith to succeed where it might otherwise have been barren—in the lustful impulse sounded in the moment. Where faith cannot be tried, it cannot succeed, and succeed it must. Faith possesses its opportunity in temptation, but its triumph in patience.

Image:  "The Veteran in a New Field" by WInslow Homer,1865 | Courtesy of The Metropolitan Museum of Art, New York . 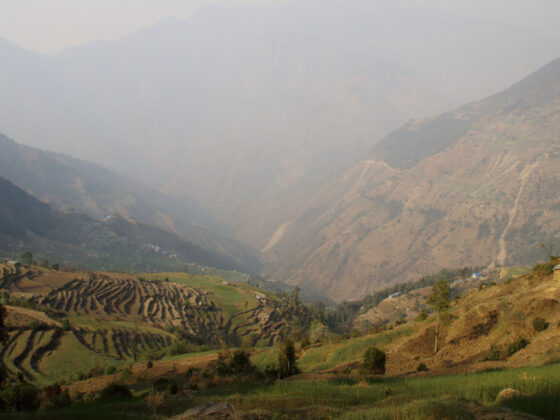 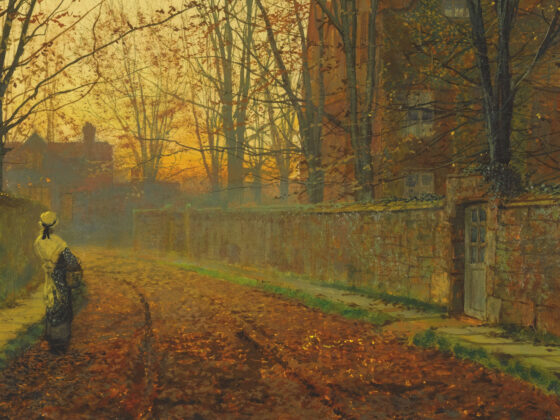 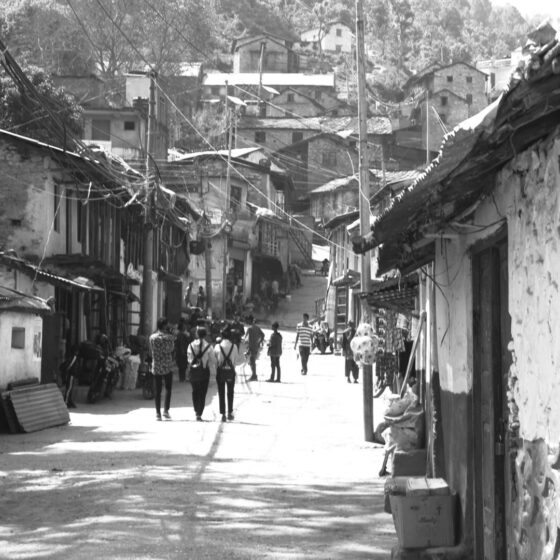 The character of revelation informs the content of the sermon 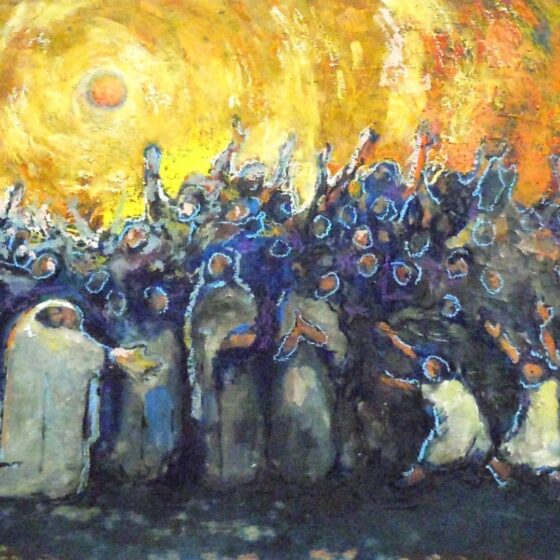 Jesus' authority and power is confirmed by his words and deeds